On November 15th, 2016 Disney will be releasing the Star Wars: The Force Awakens 3D Collector’s Edition Blu Ray set.  The four disc set will include new bonus features including never before seen deleted scenes.  It will retail for $29.99 USD, and in addition to view the movie in 3D with those who have a Blu Ray 3D player, additional bonus features include:

* Digital bonus offerings may vary by retailer. New bonus content is available in the 3D Collector’s Edition package only. 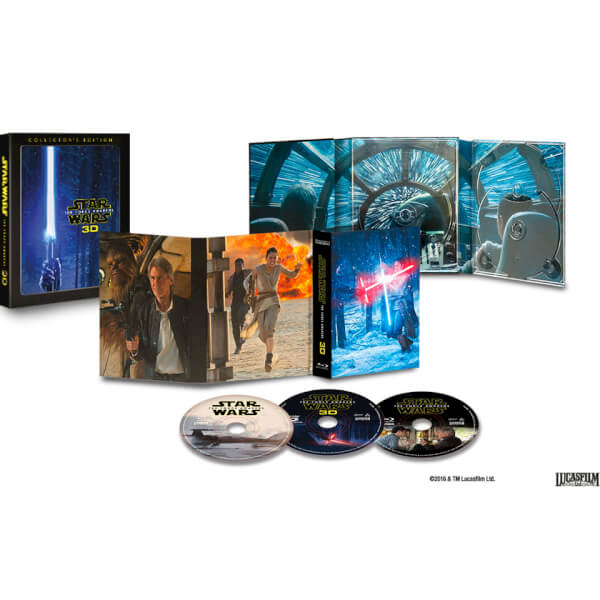