Hey guys today I want to look at a pretty interesting, cool, but kind of pointless Star Wars toy line; the Star Wars Fighter Pods. My son actually saw a commercial on TV for these a few years back, thought they looked cool and we both got into it. Here are a few of the highlights from our Fighter Pods collection. 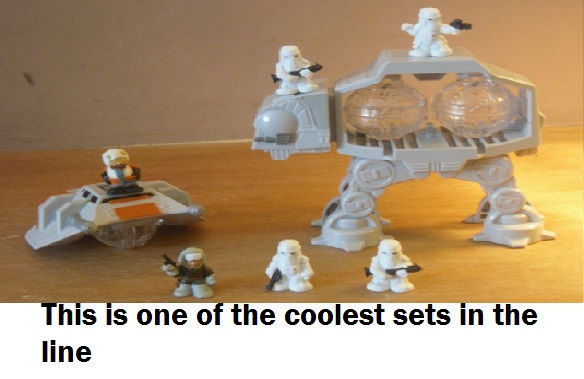 To start with I want to talk about the way that these were advertised, well here in the UK anyway. These had awesome commercials that did just an amazing job in making these seem like the most amazing “game” ever created! That’s right, the commercial made it seem like these were not just toys to be played with, but these Star Wars Fighter Pods were a fun game that you could play. It looked cool so we set out to pick up one of the bigger sets so we had a good few figures.

Now the way these things were (and actually still are) sold is interesting. You get little blind bags where you have no clue who you are getting. These are very cheap and most £1 stores here in the UK carry these. You get smaller packs that will have a few figures you can see and then a mystery figure. You also get larger sets that have vehicles in them. One of the best memories I have was my son flipping out and getting very excited when a pack we opened had a little Millennium Falcon as part of the set. It was not the Millennium Falcon, but it was the fact there was a hidden Lando Calrissian figure inside it that made him so excited. 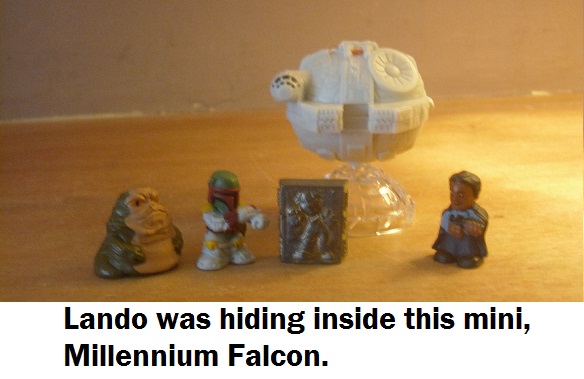 I think the price point that these are at here in the UK is pretty fair, but I will warn you that you will end up with a lot of duplicate characters.  To be fair most toy lines these days are the same. You get a very good mix of original trilogy characters and vehicles as well as those from the prequels. Some of the vehicles will actually let you put the Fighter Pods inside them which does look pretty cool if I am honest. 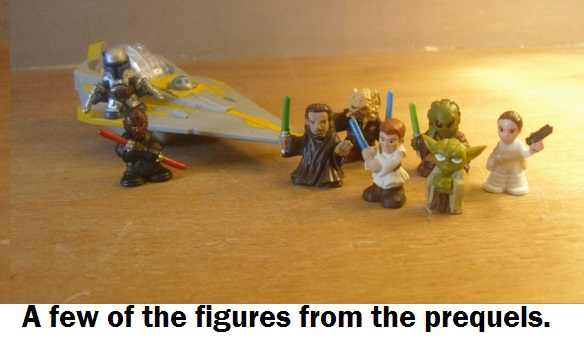 Now This is a Star Wars line that I have very mixed feelings about. You see I think the little figures and the vehicles are really cool, and they look great on display. But when it comes to the “game” aspect of these…what is the game!!!! You see there was no instructions on how to actually play a game of Star Wars Fighter Pods! The commercials made it seem like you had to knock each other’s armies down which was how me and my son played, but none of the sets we bought actually came with any kind of rules of how to play! So this kind of made my son lose interest pretty quick in these as he liked his larger Star Wars figures much more. 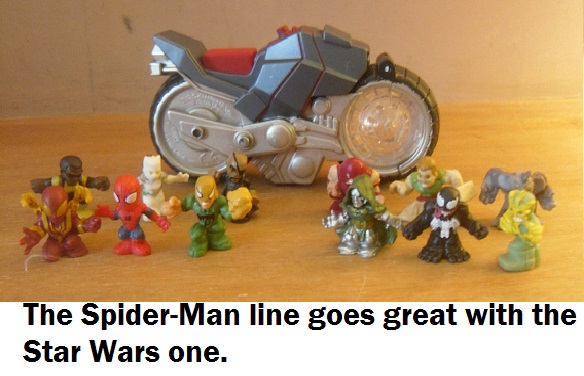 These are very cheap here in the UK so if you want some fun little Star Wars toys for your collection they are worth looking into. Also I want to add that there is also a Spider-Man set of Fighter Pods as well, which are pretty cool and go great with the Star Wars ones.