Having a second job at a video game store can be pretty cool. I get to see all the cool new games coming out and do training for them for specific items. Back last year, the hype was very real for me. I was blown away by the graphics, atmosphere, and sounds (when you hear a thermal imploder go off, it is so satisfying). I watched every trailer, and read on all the news.

There were a few items that had me skeptical but I initially ignored them. There were no space battles returning from Battlefront 2, exclusively multiplayer, and lack of content. Being a huge Star Wars enthusiast, I had to get the game anyway and was still very excited. I put out for the special edition with all the extra content. I had heard other rumors that supposedly the game would have some single player sections so I thought that would be great. 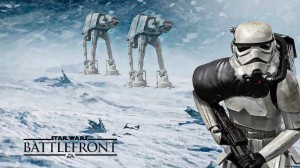 I finally was able to pick up the game and started installing it. I was greeted with a cool intro playing as Darth Vader storming the rebel base on Hoth. After that, I went right into playing some single player missions, after about one hour, I had seen everything. The graphics were amazing, the sounds were great, but I finished everything within one hour. I spent $80 USD on this game, and just wasted so much on it. After playing through the single player missions, which there were maybe 9 of them, I decided to look into online with a friend, and I was still dissapointed, there were maybe 5 maps, and a few heros to play as, this game missed so many oppurtunities. 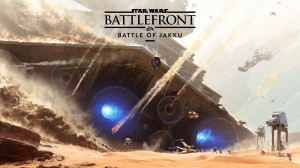 I decided to trade the game in because I was so dissapointed. In my research, EA games created the game, and they decided to put most of the content into the season pass, which did not even come with the Deluxe version of the game. I do not normally get upset or bash games, but I was severely dissapointed this time around. They have already announced a new Battlefront game, I will not be buying it until after the reviews are in, only if I get a review copy. Here is a breakdown of what i did not like about this game.

1. Little content to keep my attention (which is hard to do since I love Star Wars)
2. There were no memorable moments for me in the game.
3. The multiplayer felt very generic
4. There is no single player campaign mode at all
5. The quality of the porduct is far below what you are paying for, the game feels very unfinished 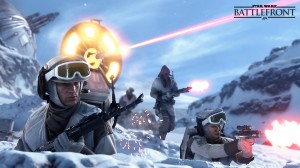 Here is what I did like about the game:

In conclusion, I was very dissatisfied with the whole thing and it left a bad taste in my mouth. I know Dice really wanted to succeed with this game, but it felt like a very sneaky way to get money from fans of the series. They put all the resources into making this game look pretty, and thats it. I feel the budget should either be expanded, or emphasized more into the gameplay mechanics and design. I have phone games that are free that have more content then this and is more fun like Galaxy of Heroes. I will be going to E3 this year, lets hope EA can turn this around, because the first person shooter genre has much more higher quality games than this.